April was almost all guitars for some reason.  The first project (for the first half of April) was my 5th acoustic guitar, and first parlor guitar.  It was a custom ordered project, made from walnut with Stew-Mac torrefied spruce for the soundboard and braces, persimmon fretboard and curly maple binding.  I was surprised by how big the sound of this guitar was, it has as much volume as any I have built.  Here’s a link to a very short video clip of it: 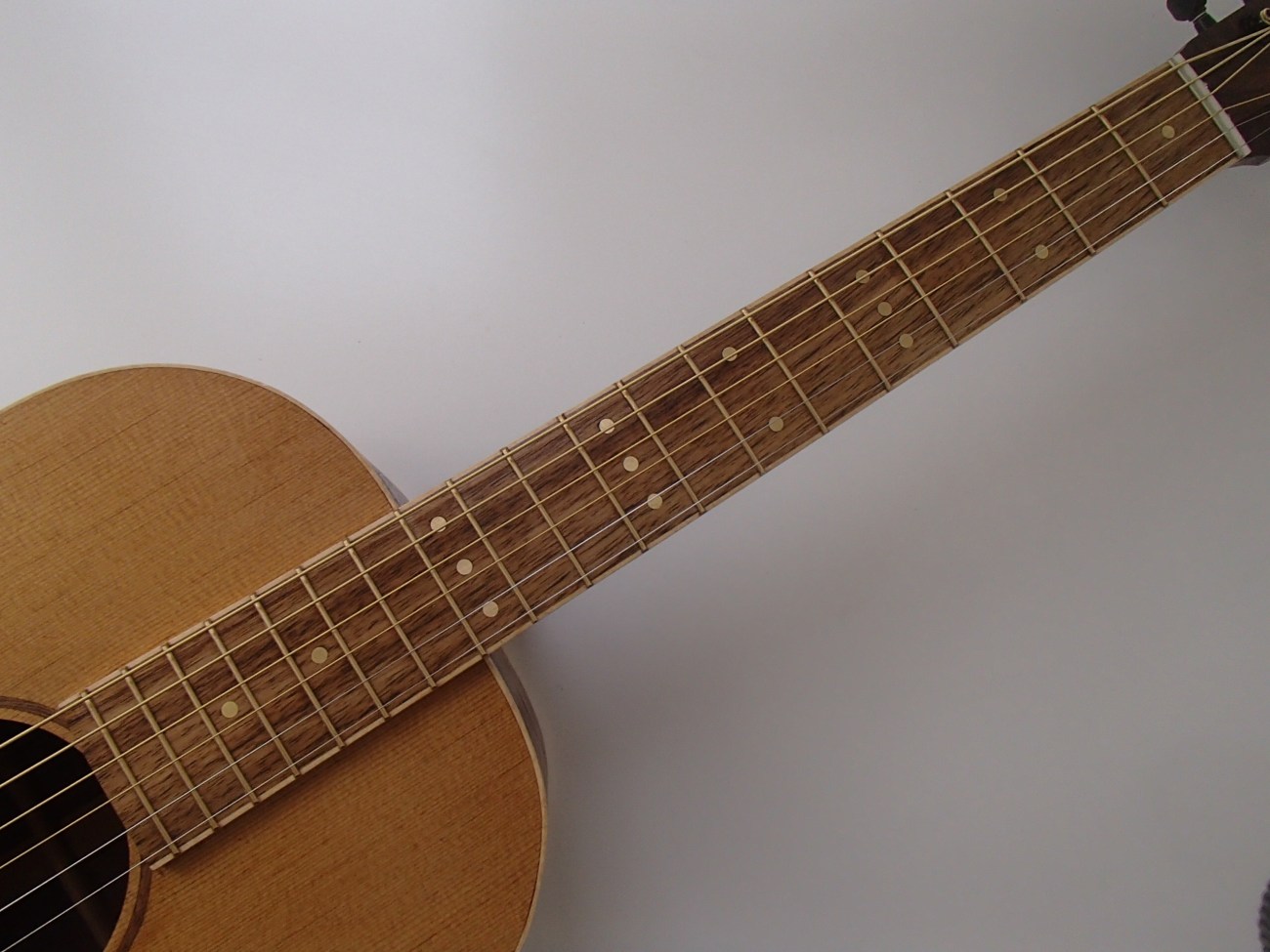 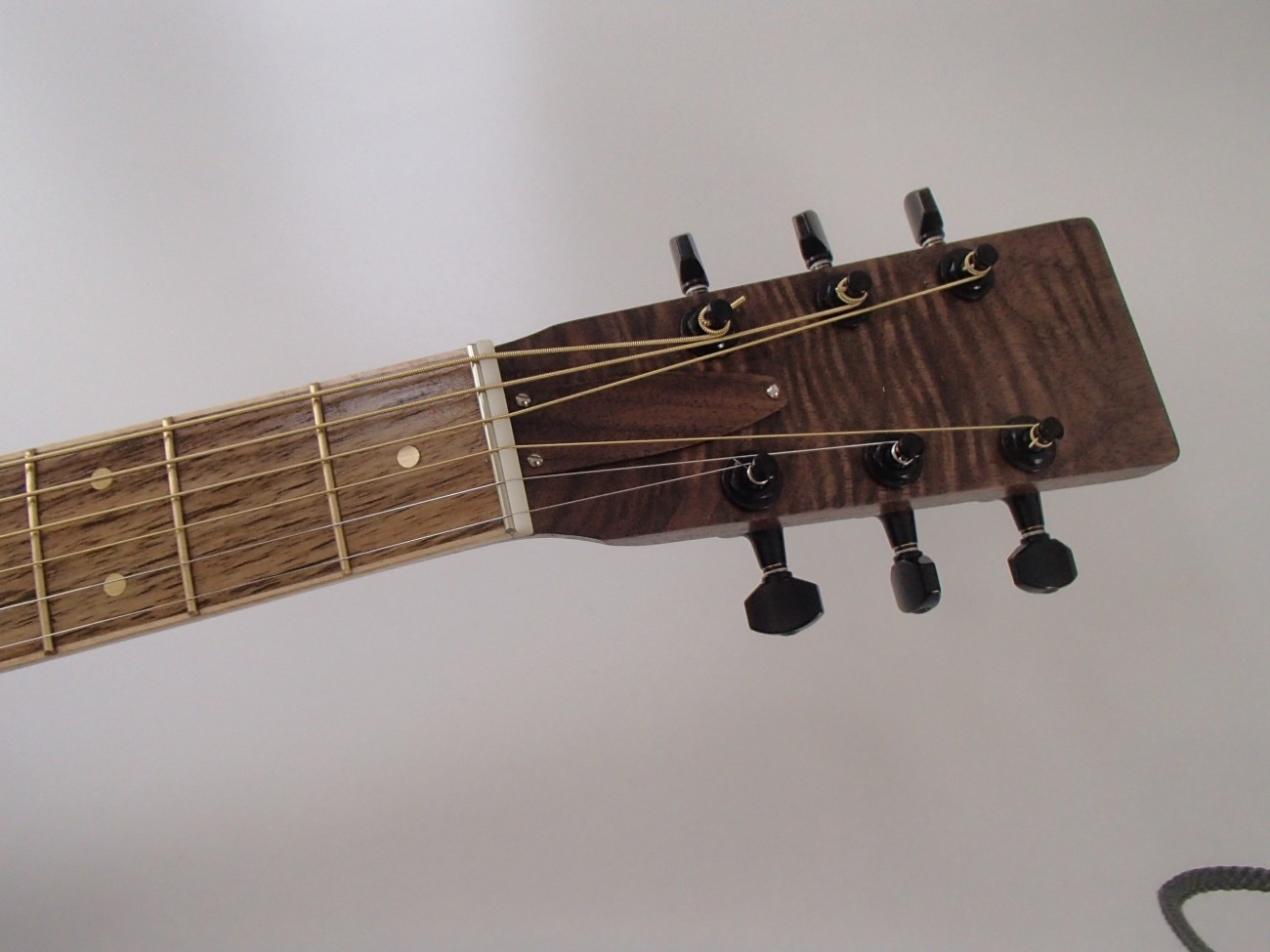 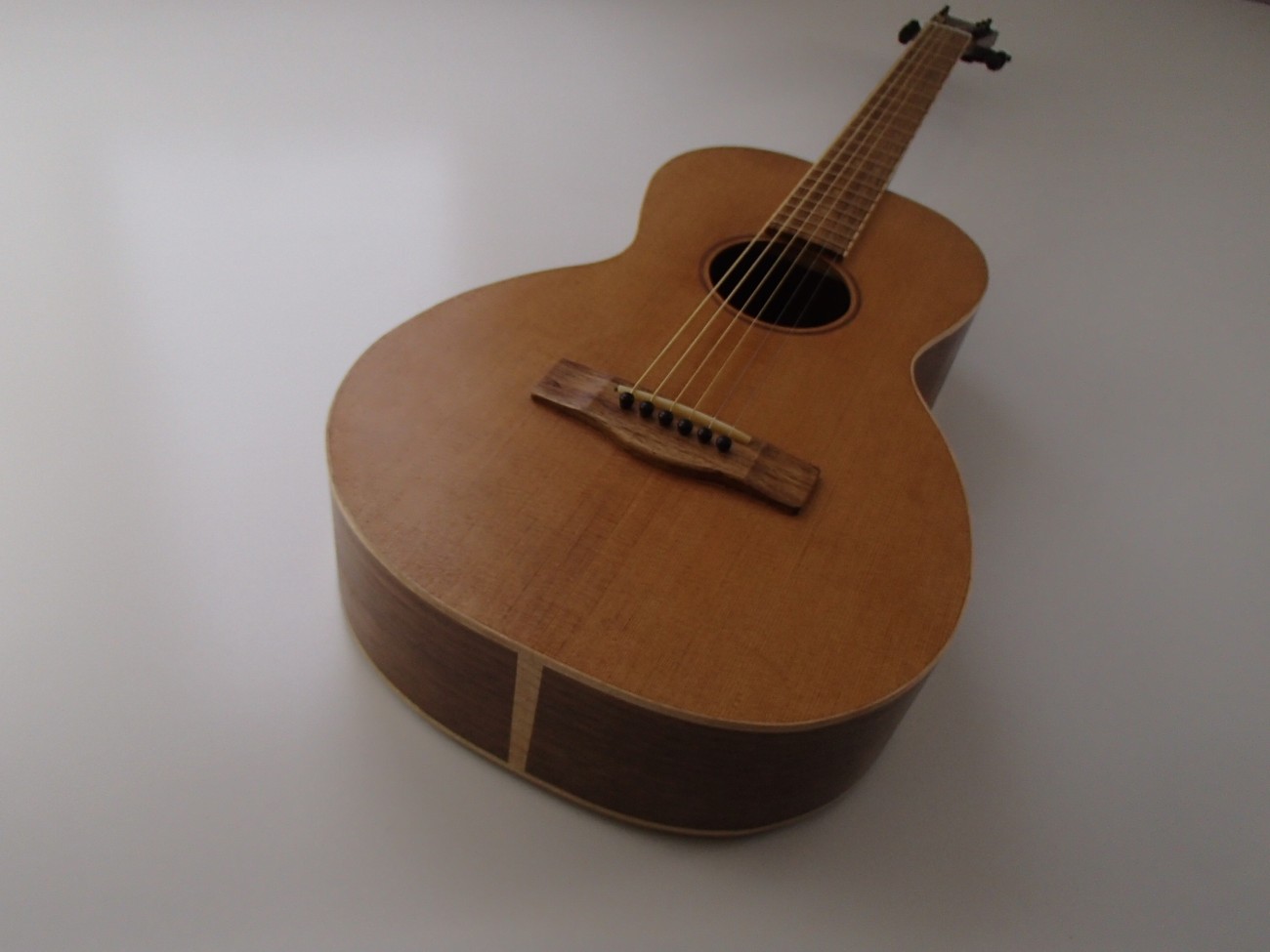 During the construction of this guitar I also took a bit of time to set up banjo #75, which I had mostly built by the end of March.  It ss a stock walnut banjo and is shown on the Banjos page.

The second half of April mostly went into making my third resonator guitar.  It was also custom ordered, and was my first roundneck resonator(designed to be played like a regular guitar, not flat on the lap with a steel slide) and first guitar of any kind with a cutaway.  It was made from cherry with walnut binding and an ebony fretboard.  I didn’t make a video of it as I have not learned to play with a bottleneck slide, but when the customer picked it up he seemed to like the sound.  It had the same hardware as the two squareneck resonators I built before, using a Beard Original cone and Beard #14 spider, and since the cone and spider are what produce most of the sound it is pretty similar to them, I think. 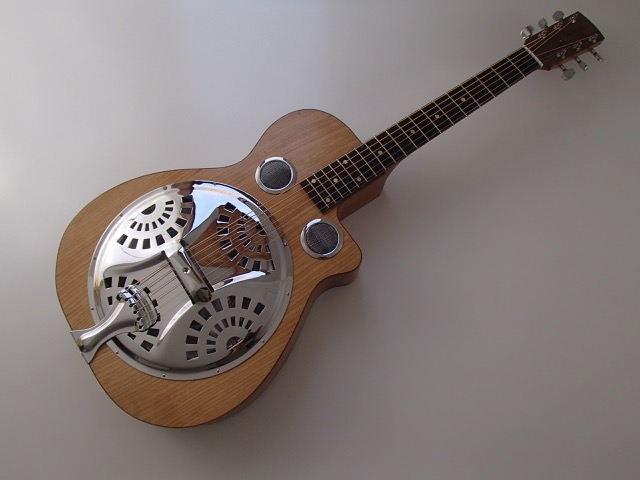 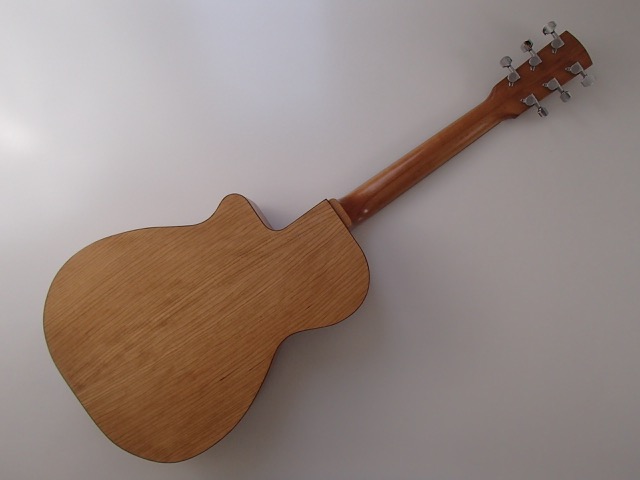 In May I have two custom banjos to build, and then some extra time due to a cancellation, which I may fill by making a chicken head fiddle and another C scale banjo to have in stock.