I am very late writing this update, but I can still remember a lot of what happened in April.   My first project was banjo #111, which is another walnut C scale and can be seen on the Banjos page.

I made two squareneck resonator guitars back in 2014 or so, and the second one sold last summer.  I had been meaning to make another one for a while and I finally got it done in April.  This is my first walnut resonator and my first bound headstock.  It’s shown on the Guitars page.  I made a primitive go-bar press while I was building this resonator and used it for several of the steps, and I am very pleased with how much easier it makes the clamping of large assemblies.  I didn’t think to take any pictures of it in use but I’ll take one next time I use it.

I made two necks in April, the first was an asymmetrical slothead design. 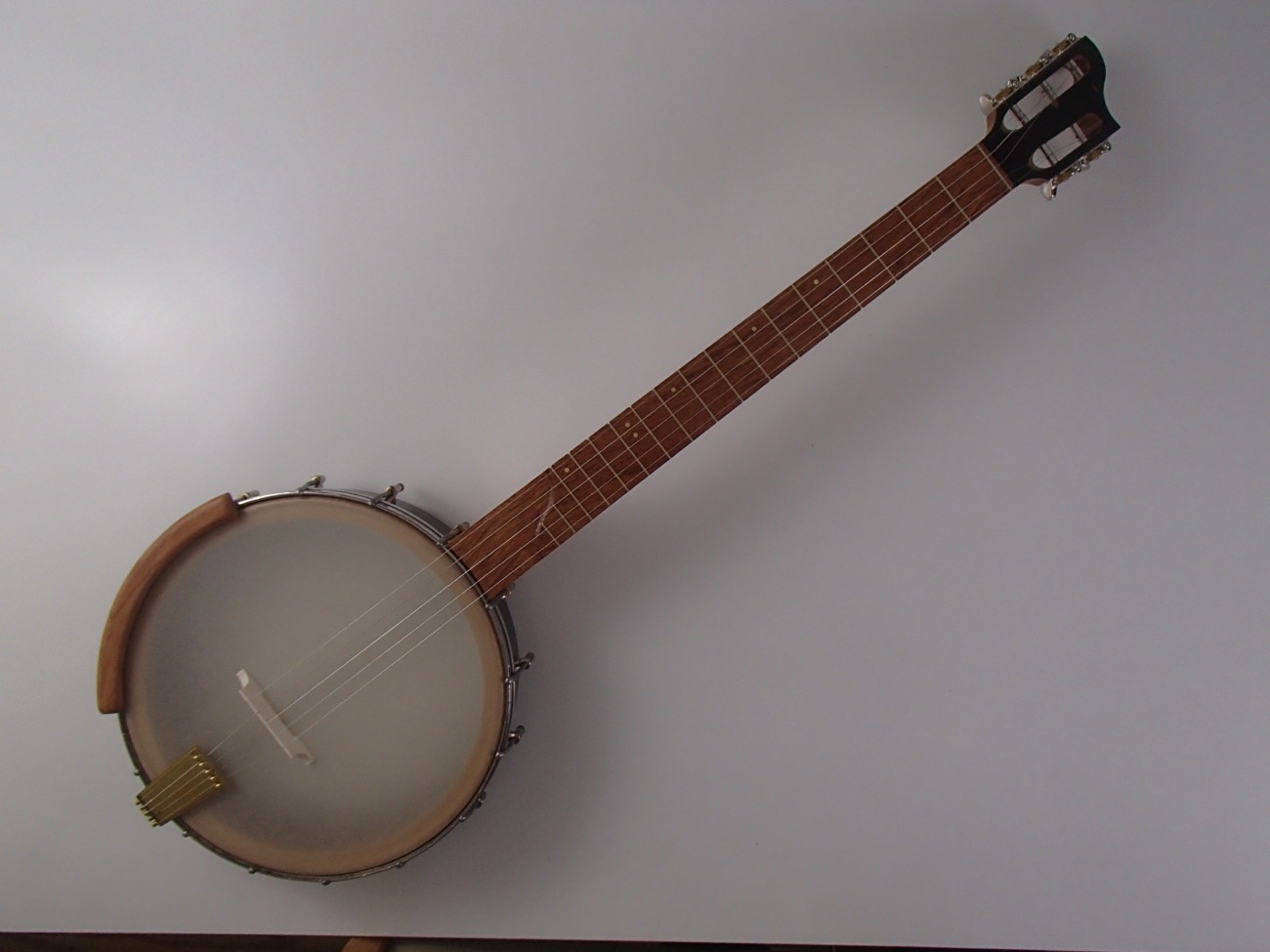 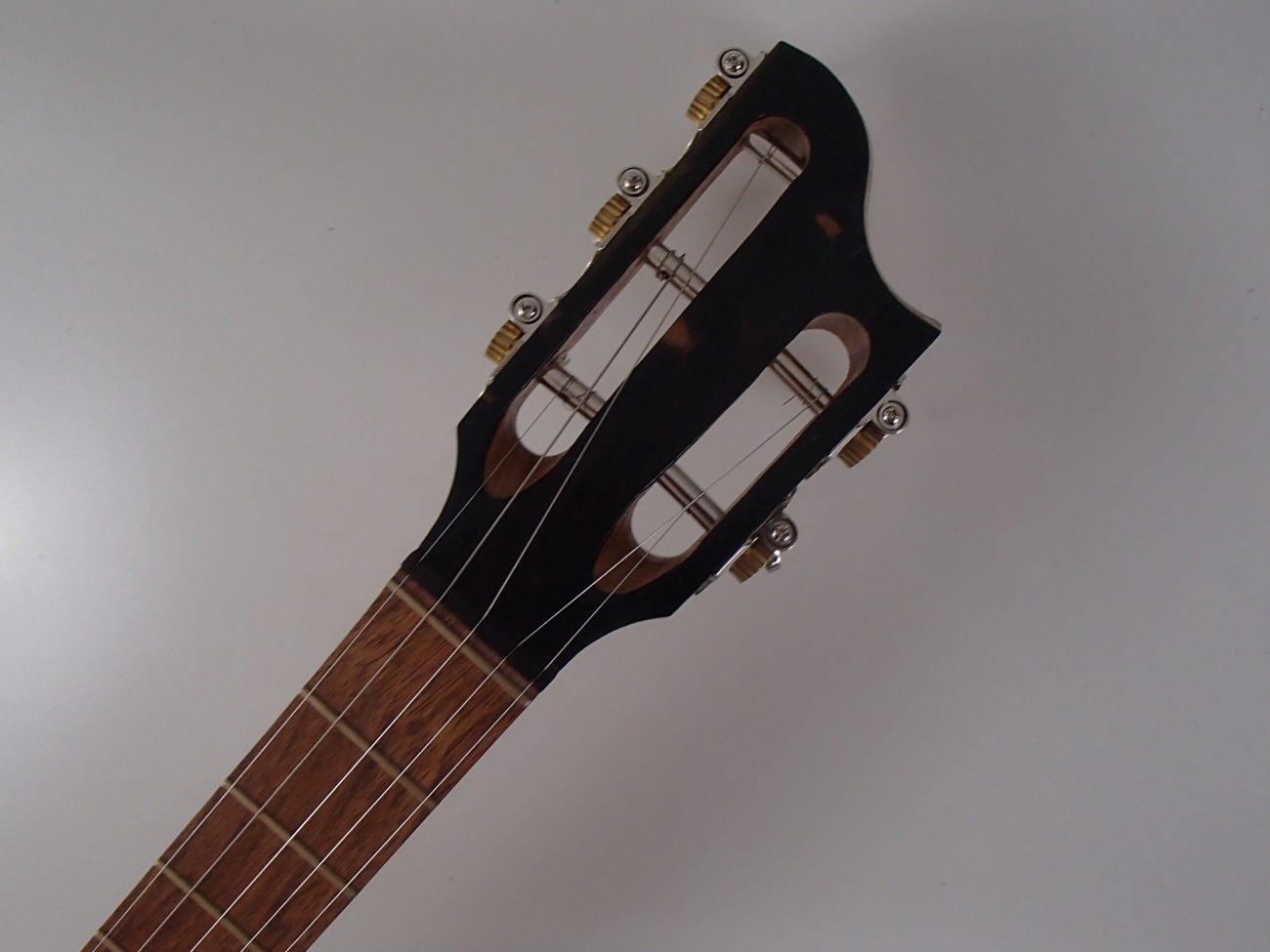 The second neck was a shorter scale length for a uniquely designed mountain banjo pot and was supplied unfinished.

My last project completed in April was a walnut custom banjo (#112) with a fatter neck and a few other alterations from what I  normally build. 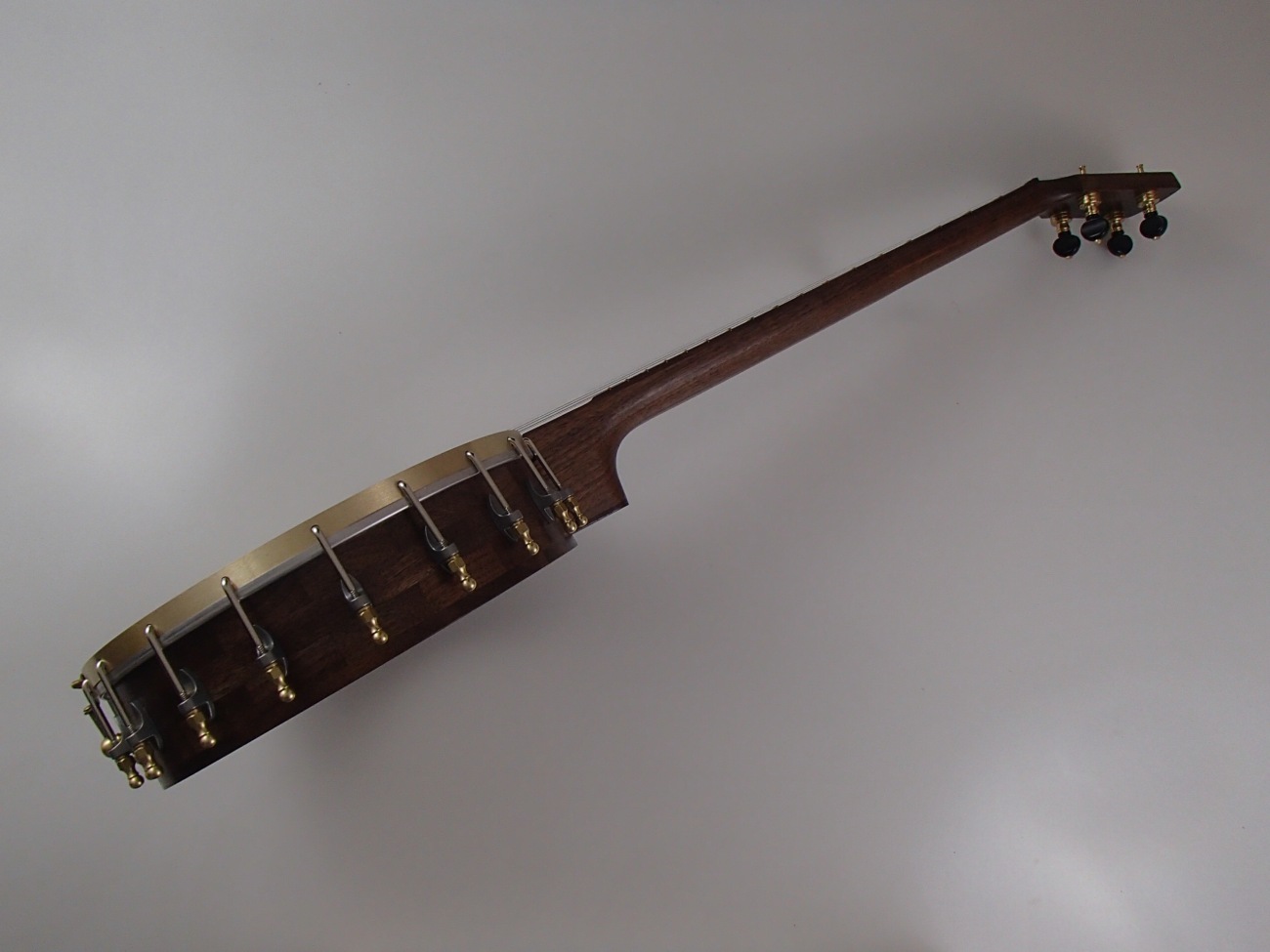