This May was not one of my more productive months in the workshop, but sometimes that’s how it goes.  My first project was banjo #113, a custom walnut short scale with a WL/Electric type tone ring. 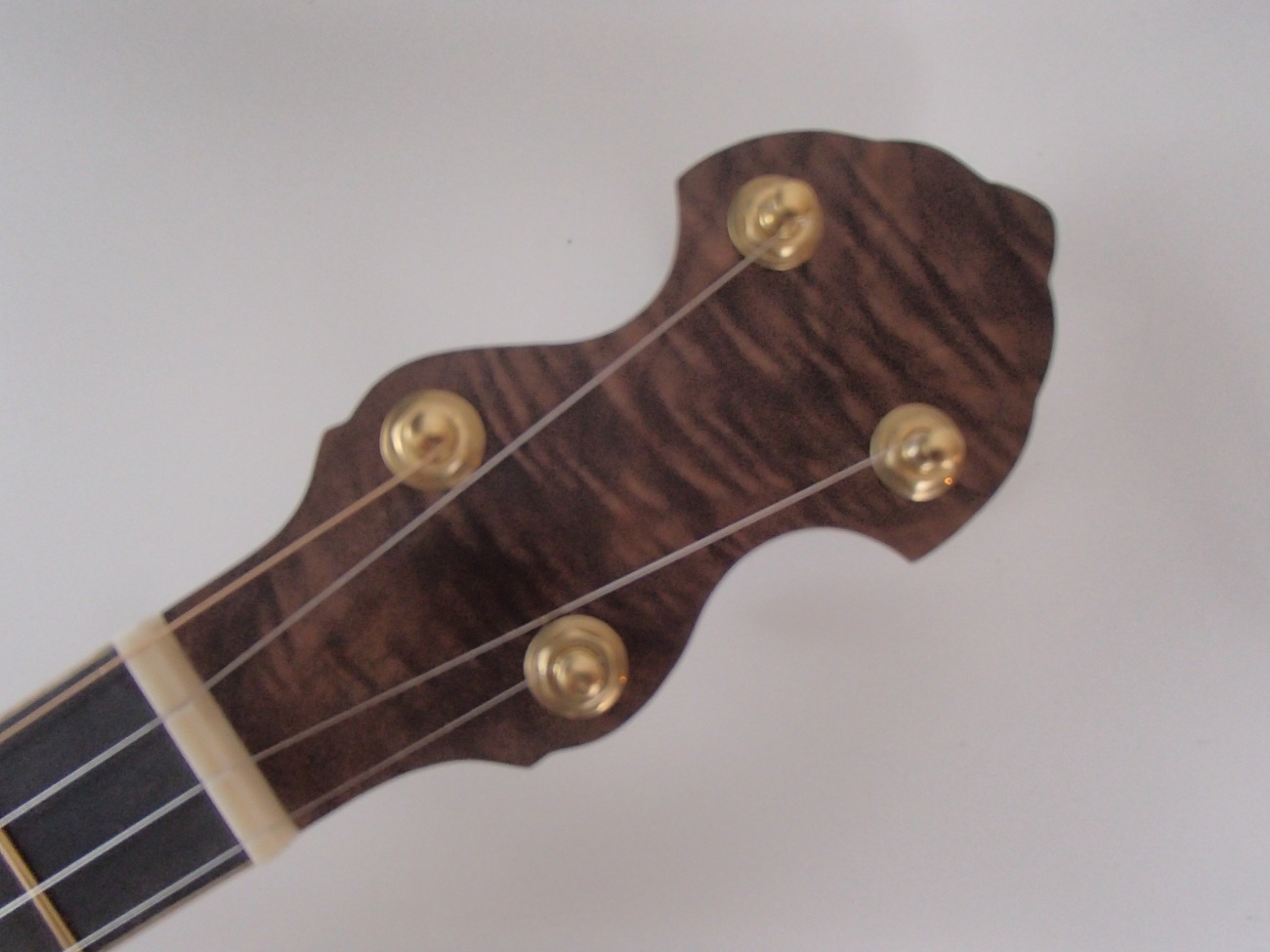 My other completed project was banjo #114, which was a custom curly maple A scale with hickory accents and the same kind of tone ring. 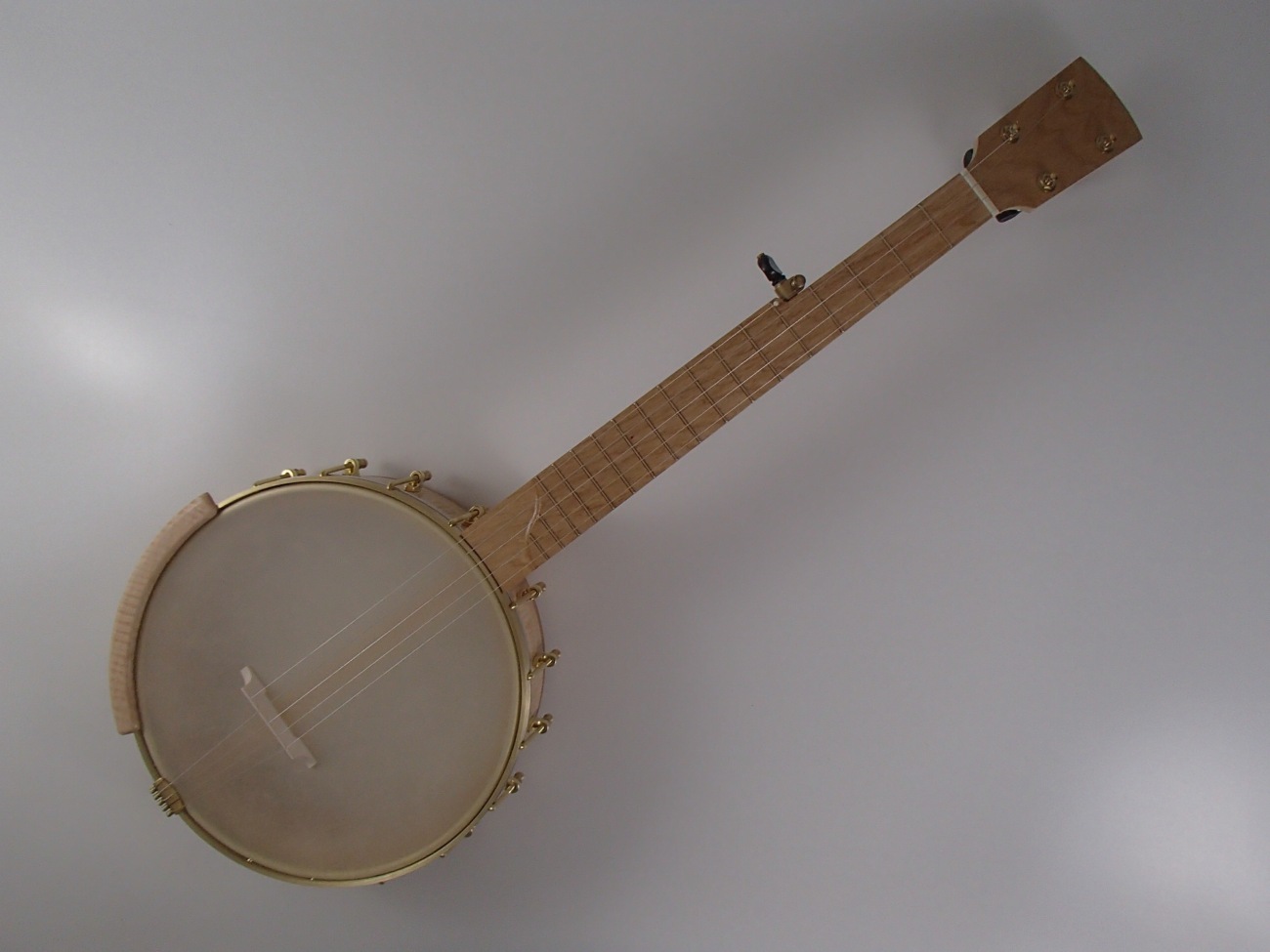 I spent the last 10 days of May working on a banjo neck and starting a guitar, both of which will appear in the June update after they are done.  I had hoped to get the neck done in May before starting the guitar but I caught a cold and lost some time.